What’s the Experience like Seeking Date in a “Plus-Size Dating App as a ‘Plus-Size’ Woman?

I’ve been turned down but not harassed thank god. We us curvy girls deserve to meet someone like any girls. Love has no sex, size, weight.

Yes, I found my match same day as I activated my account he is Amazing. We went out on our first date yesterday.

The first one was from the survey we conducted in early 2016. See New Survey Shows 71% of Bigger Women Were Verbally Insulted For Larger Body Type on Dating Apps.

The following was the 178th feedback we receive from a member tell us her experience in plus size dating app as a ‘Plus-size’ Woman.

It was February this year when WooPlus reached another milestone reaching 1,200 000 members. This great news had us recalling our goals when WooPlus was only getting started, to create a community where curvy women can find the love they truly deserve.

Now we wonder did we really help them find their love? Did the women members of the WooPlus community truly happy and loved?

Using data collected from the WooPlus website, through the use of machine learning as well as Flurry, a third-party statistic tool, the following are some key points we would like to share.

Are you ready to find out what is the experience in plus size dating app like as a member of a WooPlus dating site?

More admirers than YOU believe! 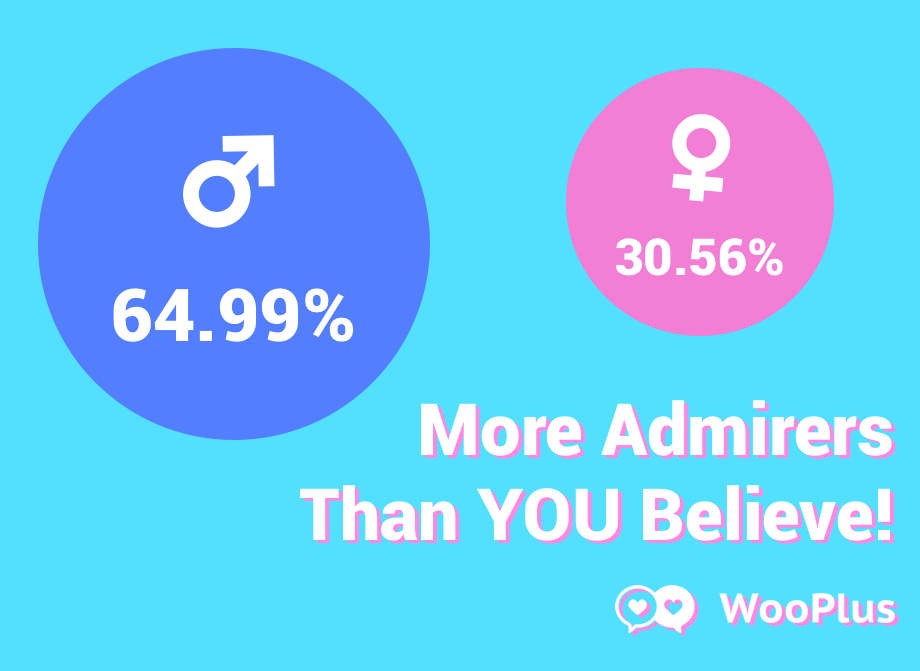 This should be the first impression when curvy women first join WooPlus. In February 2018, WooPlus has already reached 1.2 million members worldwide. Out of that sheer number, our statistics confirm that male registered users are consistently in a bigger proportion than WooPlus’ female registered users. WooPlus has approximately 69.44% male users and 30.56% female users, which means curvy women truly have more admirers than they believe.

Be a superstar in WooPlus 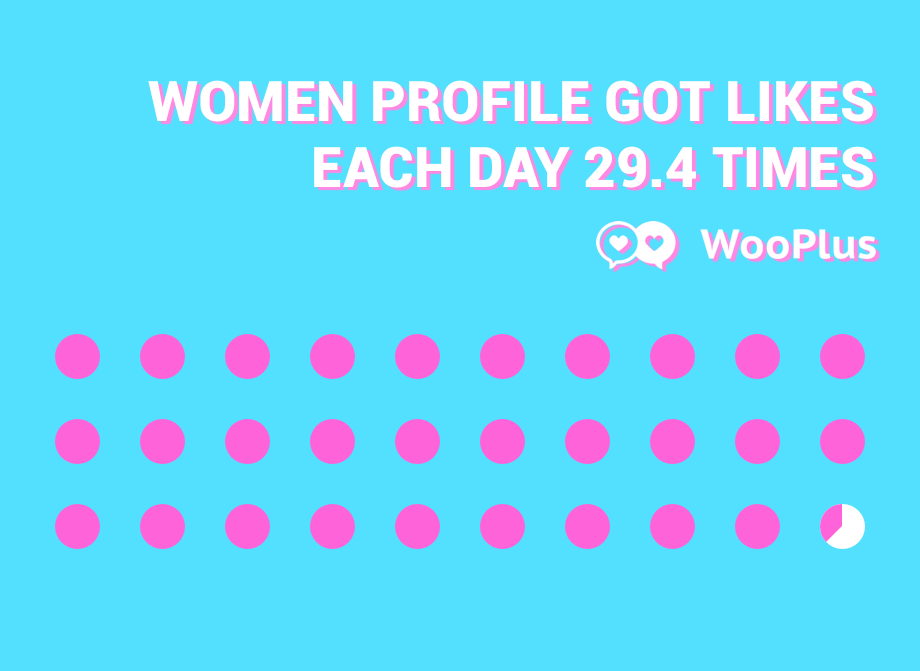 Often, full figure women cannot know if they have more admirers due to certain reasons. WooPlus helps with that by offering an easier, more efficient way for men and women to express their interest. All they need is to swipe right, and they can already start chatting with the person they like. Statistics show our female members’ profiles are liked every day around 29.4 times.

In contrast with other dating apps, WooPlus took pride in our higher rate of answered messages and liked back. Other dating apps show only 20% of female users get answers to their messages while WooPlus reaches up to 36.74% within 24 hours. 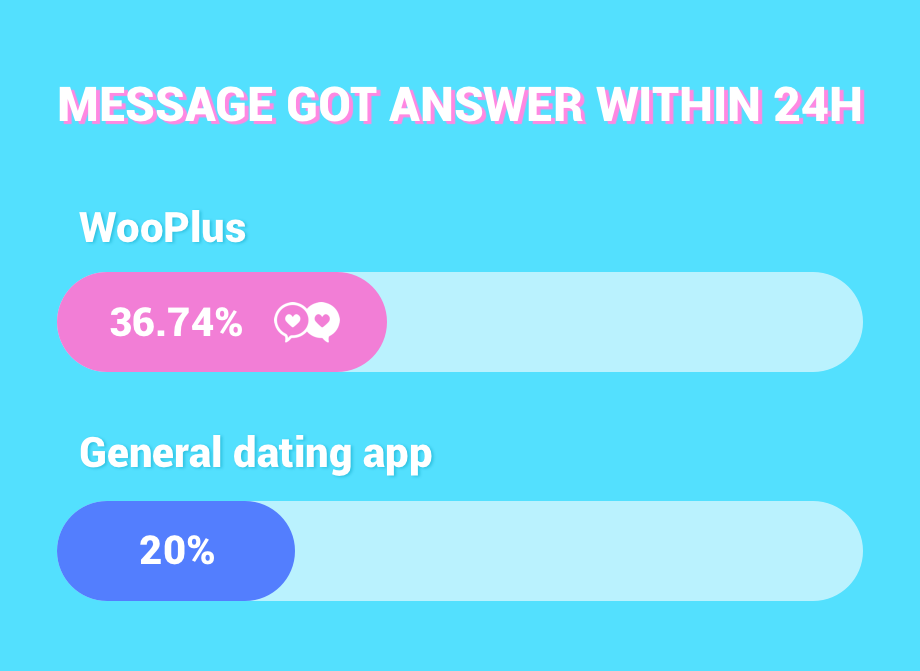 That’s an impressionable but reasonable rate. During these years, we continuously optimize match system with machine-learning, to make sure the profiles of the female can be more precisely suggested to people who have a higher match possibility. What’s more, according to our data, male members keep active in WooPlus since WooPlus is a niche app with women whom they regard as more attractive than women in general dating apps.

In addition to encouraging users to take the first step, we also added a new feature to help female users make sensible choices at the end of 2016. This feature called Review allows them to review and rate their experience with WooPlus male users. Women can actually give them a 1-5 star rating, and also can add tags to describe their communication.

As for the high frequency quoted keywords, in addition to ‘cute’, ‘considerate’ and ‘with a sense of humor’, theisare also some male member who was tagged as ‘lol I’m the evil one’, and even someone been tagged as ‘HE VOTED FOR TRUMP’. We have no idea how many curvy women having deterred from that or even like him more.

‘Found my right one’

Yes, we are more than happy to help.

In fact, instead of kinds of stereotype or doubts in people’s imagination, there is no such difference when women with curves seeking date in a dating app like WooPlus. No one will ask them about their size or start some weird talks. We believe that without the special feeling is already the best and the most comfortable feeling. Which also proves that curvy women can also enjoy a natural and comfortable experience in plus size dating app without having too much ‘special’ feeling.

Of course, if there must be a certain ‘special feeling’, it probably is that women with curves have more admirers, more interactions, and greater possibilities to find true love here in WooPlus. And the point is to find the right place, then find the right one.

Then, how about you? What’s your experience in plus size dating app as a Plus-size Woman? Tell us and we are always here to listen.