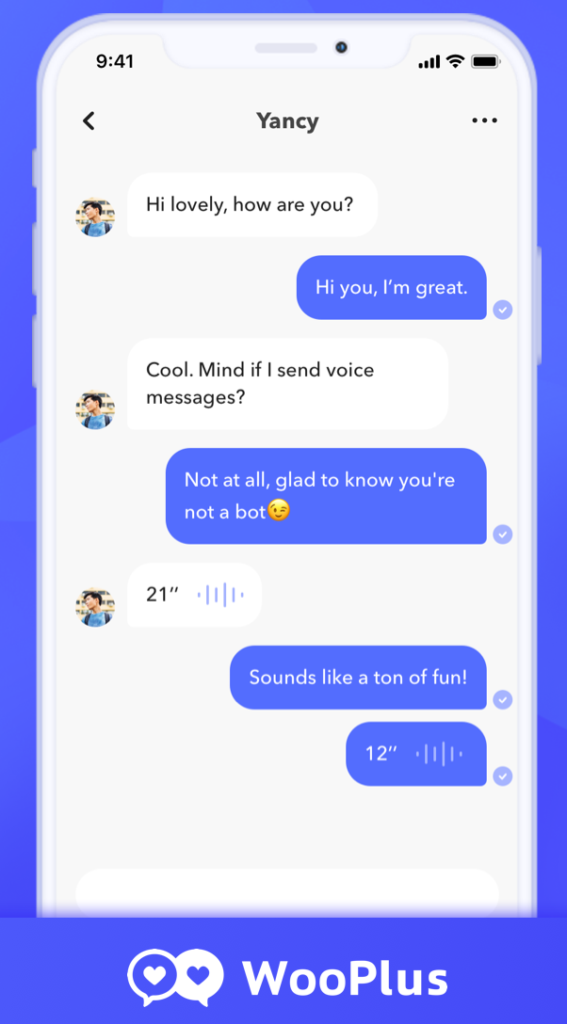 “I love Adele and her voice is so, so amazing! And, it is her voice that changed my perspective for love and life. So, why not add a voice message feature to WooPlus?” said Neil, CEO of WooPlus. “But when I first put this idea forward, my team did not take it seriously, saying it was apparently a suggestion from a fan, not a CEO. After all, in current dating market, it seems that all these top apps, like Tinder, Match and Ok Cupid have not yet introduced voice message feature. So it is a relatively novel feature.”

But when WooPlus first introduces the voice message feature to its members, it made so much sense. “I love the voicemail message feature. Very unique and fun!” One user shared his happiness with WooPlus via feedback. “This exciting feature offers people a special way to know their potential dates. Because voices are sexy, and different people respond differently to the sound of a new voice.” Another feedback said.

“The truth is, picture may tell lies, but voice will not,” Neil added. “And in the face-swiping age, we have paid too much attention to the profile pictures that we seldom have the time to hear the feelings from the voices inside us, around us. So we hope this feature can offer people another way to create a deeper connection with their dates.” WooPlus is now the first Tinder-style dating app who adds voice.

Up to now, WooPlus has gained over 100,000 members world wide since its official launch in Jan. 2016. And the voice message feature is a good way to celebrate the big day.