Plus Size Dating App, WooPlus, on the Press

There are countless dating apps in existence today but, unfortunately, not all of them provide a safe experience for all types of users. But, now there is a new dating app hoping to change this: WooPlus which is geared towards plus size dating. 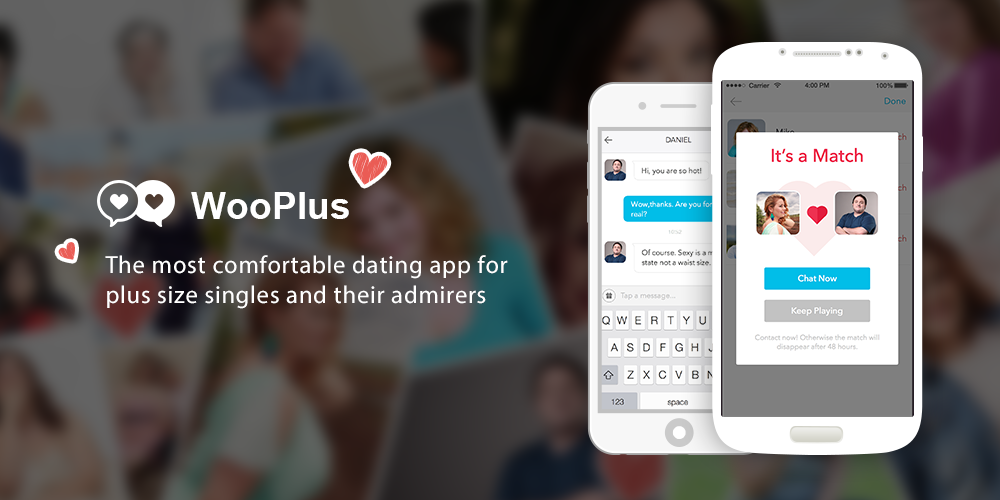 According to The Mirror, CEO Neil Raman came up with the idea for WooPlus after seeing his own sister struggle with the cruelty of other dating applications, describing her experience as “painful and unfair.” The app is set up similar to Tinder, however, they have created a set of strict policies against fat shamers, which can result in a user getting permanently banned.

The inspiration for the app also came in the form of a 2014 YouTube social experiment, People Magazine found. In the experiment, a woman went on Tinder dates wearing a fat suit and recording the negative reactions of her dates. The video had quickly gone viral, gaining over 23 million views, and shed much-needed light on the issues that come with plus size dating.

The Daily Dot stresses that Raman and co-founder Michelle Li created “a comfortable environment for women who happen to be a little larger.” The well known plus-size blogger CeCe Olisa, of Plus Size Princess, told the Daily Dot that she is welcoming to WooPlus as a safe plus size dating platform.

But, as the BBC points out, WooPlus is not just for plus size dating, although that is their focus. The app accepts users of every size, as long as they follow the rules and guidelines and respect every user equally. Raman and Li refuse to allow their users to become fetishized as they have in other dating platforms, such as the original Tinder.

The popular website Mashable featured a review of the new app, Chelsea Frisbie tried that app and was not very open minded at first, expecting to still find the fetishism she was hoping to escape. However, she was surprised to find the 25,000-and growing- user network to be full of genuine people looking for relationships, friendships, and hookups, just like every other dating app on the market.

Vice columnist Alison Stevenson, like Frisbie, was upset with the negative experiences she faced on traditional dating websites and apps. She mentions that the viral video discussed early, that became an inspiration for the WooPlus creators, cited research that said that while a women’s greatest dating fear is being matched with a serial killer, men fear being matched with “a woman who is fat.” But, like Huffington Post UK author Rachel Moss, Stevenson feels that the app still has a long way to go. But, the strict policies are a great start.

If you are looking for the answer to plus size dating woes, consider giving WooPlus a try. They will not let users be fetishized, and you do not loose the popular Tinder-like experience. The app is available for download via the Apple and Google Play stores for free, so give them a shot. You have nothing to lose.

Response to Some Doubts That Someone Has About WooPlus

“You Look Great” Is Our Response to Fat-shaming