At WooPlus, Hundreds of Plus-Size Women Speak Truth to Fat Fetish Issue in the Dating Scene

WooPlus today published findings from a discussion probing a sensitive issue for plus-sized women who are dating: “fat fetish.” Two thirds of the women surveyed found that the label implied size discrimination. 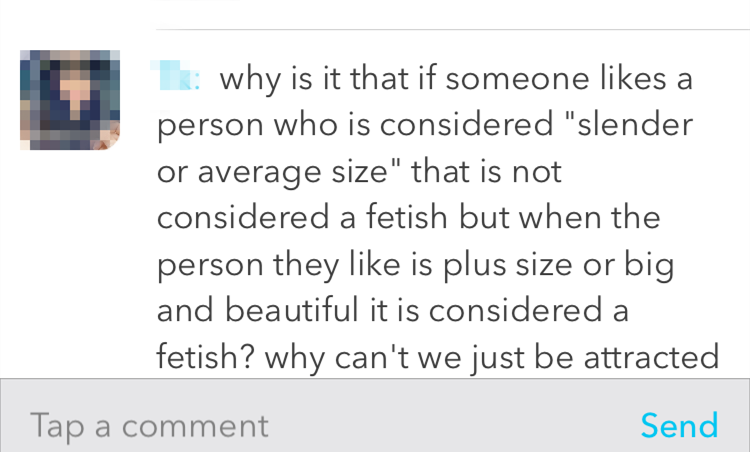 The survey provided a window into the complicated world of dating for women with atypical bodies. “I also like to think of guys that are into bigger girls as a preference thing. The word ‘fetish’ just throws off a weird and uncomfortable feeling,” said one woman. A woman who belongs to WooPlus commented, “I think it is sad, that society believes liking a certain body size is a fetish just because that body type is not considered to be the norm.”

WooPlus felt it was necessary to do the survey. “This is a conversation we need to have,” Co-founder Michelle noted, “Fat fetish is a sensitive topic for our membership, but it is something we have to face with. We have seen fat fetish issue being widely discussed on the press. But have we asked about big girls’ feelings? What do they think of it? So we started this conversation.”

Michelle added, “After what we’re hearing and seeing from our community, we realized that girls are really uncomfortable with labels like fetish when it comes to someone’s personal preference. This is also a reason why we launched #SexyForAll campaign. We want to tell every big girl that sensuality is everyone’s right. We want to let them know that they should feel happy and secure to show their sexy curvy bodies, just like any ‘normal-size’ woman, with no extra worries of being seen as an object.”

To view more detailed discussions, please follow the link below.

#SexyForAll: Dear Society, We Do Not Need Anyone’s Permission to Be Sexy