To better celebrate pride month and standing with curvy LGBTQ users, WooPlus, the dating app for curvy people stepped up to conduct an in-app survey, asking users to proudly state their identities, which has nearly 1000 responses.

According to the survey, amongst self-identified LGBTQ members, 14.5% identify themselves as lesbian, 11.3% as transgender, and 4.8% as gay. Surprisingly, nearly half of our LGBTQI+ users are bisexual. 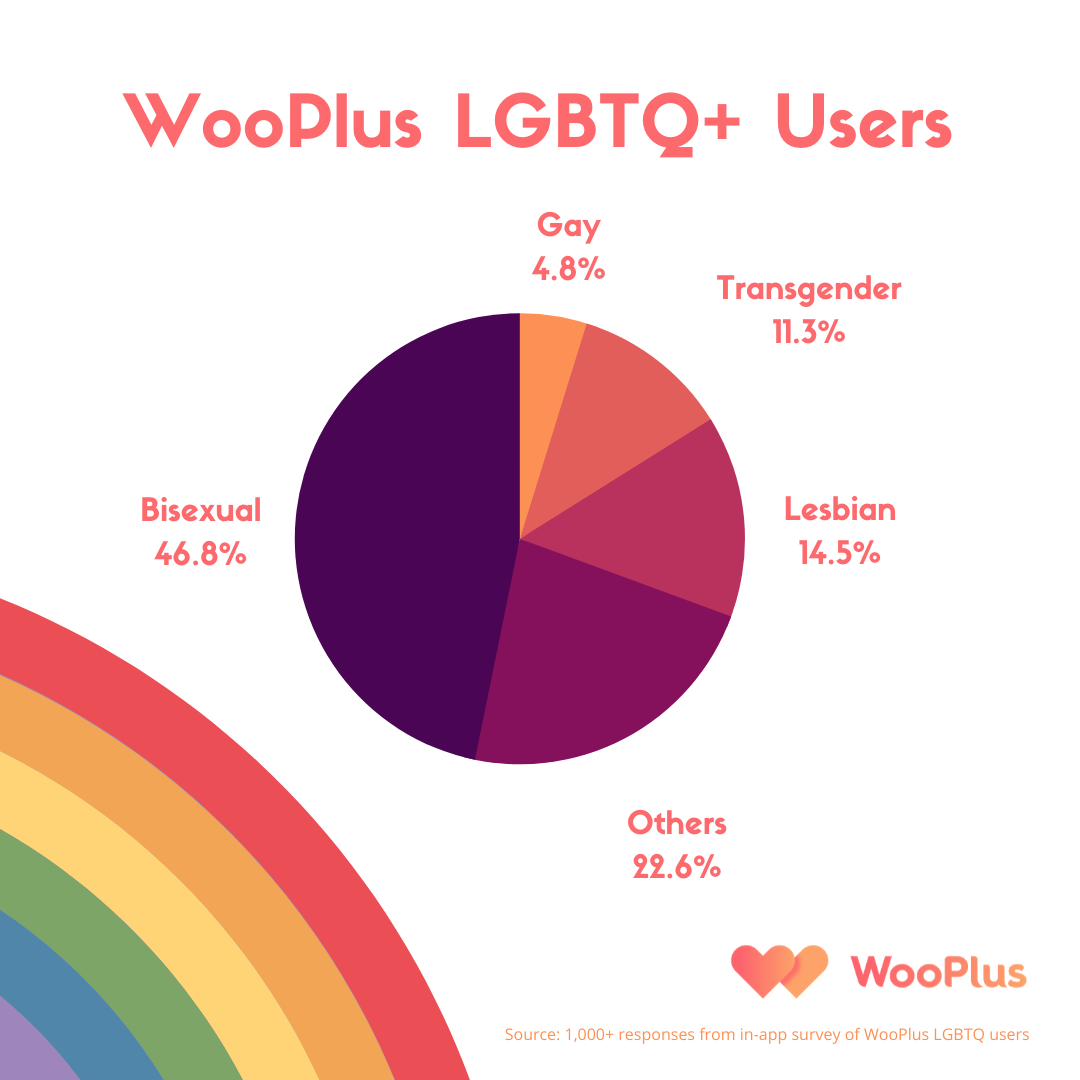 “I have been speaking to someone from WooPlus for the last two months and he could become a very special person in my life. He has been really accepting of my sexuality, my body, and every part of my identity ” an LGBTQ user in the WooPlus community said, she found that few dating apps allowed her to set options outside of gender binaries whilst also providing an inclusive environment for people of all sizes.

WooPlus members are now firm allies of the LGBTQ community.”I’m heterosexual, I have a brother that is gay, my best mate from school brother die of aids 25 years ago, so familiar with the stigma around LGBTQ community. never be afraid to be who you are. ” – Ricky, a cisgender and straight user in WooPlus expressed his support for LGBTQ people.”
Curvy LGBTQ members on dating apps are still not getting equally treated like others and they deserve better,” said Neil, founder, and CEO of WooPlus. “
WooPlus is an inclusive platform for all sizes, and no matter what sexual orientations you have. We are thrilled about the survey statistics, which shows more curvy LGBTQ members have acknowledged WooPlus is an inclusive platform to enjoy dating and find love.”WooPlus is also reaching out to iconic curvy LGBTQI+ celebrities Jari Jones and Patrick Starrr for partnership, to empower our curvy LGBTQ users and to build a more inclusive and friendly platform for them.

WooPlus, founded in 2015, is a dating app for curvy people to enjoy dating and find love. Beyond that, also an inclusive lifestyle choice for curvy people to feel attractive, confident, and loved for who they are. Today with over 5,000,000 members globally, it is available on both the App Store and Google Play, featured on Forbes, People, BBC, and more.