The unprovoked incapacitation happened right after WooPlus submitting an assessment to Facebook as required to be completed by Oct 10, 2021. With no prior warning notice, no specific reasons, nor allowing time or chance for communication and adjustment, Facebook abruptly terminated the access of Facebook login for WooPlus users completely.

The scope of Facebook’s connection with the WooPlus app is limited to quick login access, which has been practicing properly since 2016. It used to be an easy and painless option for people to enjoy the experience provided by Facebook. Now it’s arrogant and arbitrary treatment abusing the dominant position of its monopolistic platform, impacting those booted off the app with a Facebook-connected account unable to log in or retrieve their accounts, stuck in purgatory. 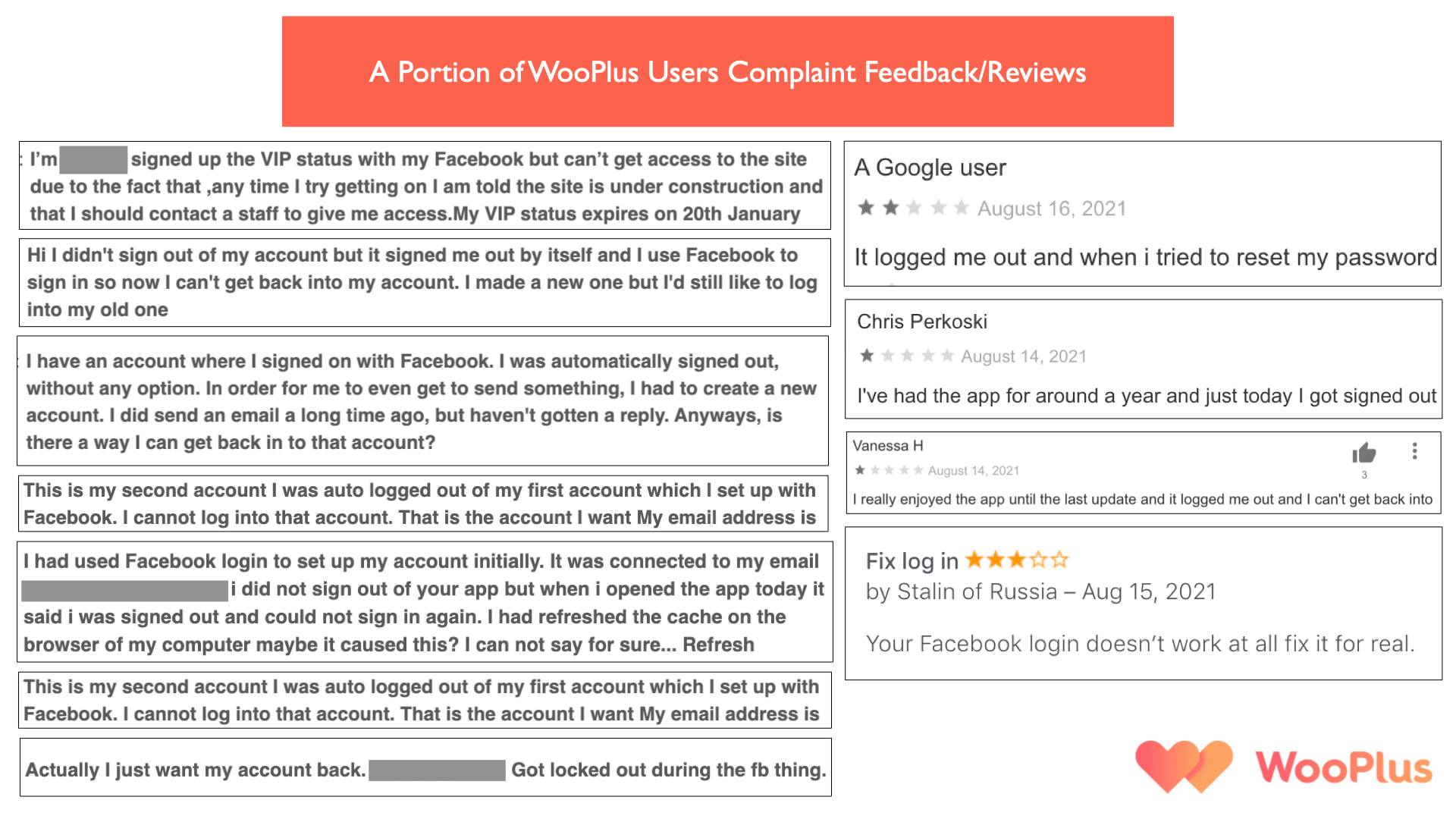 This devastated WooPlus team is not able to provide for curvy people. Is this some kind of discrimination Facebook conducts toward a specific group of audience, denying their convenient right to use? WooPlus could only imagine, since the team has appealed to Facebook immediately after detecting the issue but the case is still pending in the hands of the Facebook Developers Operations Team for over 14 days.

WooPlus is considering removing the Facebook login option altogether. And it’s calling out other app developers who are impaired by Facebook’s imperious and absurd handling to join the force and make unite claims to the Big Tech.

ABOUT WooPlus
WooPlus, founded in 2015, is the dating app for curvy people to enjoy dating and find love. Today with over 5.5M members globally, it is available on both the App Store and Google Play and has been featured on Forbes, BBC, People, and alike, helped the community foster lively connections during Covid time as one of the best dating apps by Refinery 29.