For many junior and senior high schoolers, prom is the most highly anticipated event, besides graduation itself. It is something like a right of passage for students as they finish their high school journey. Girls spend months preparing for what is supposed to be one of the greatest nights of their high school career. 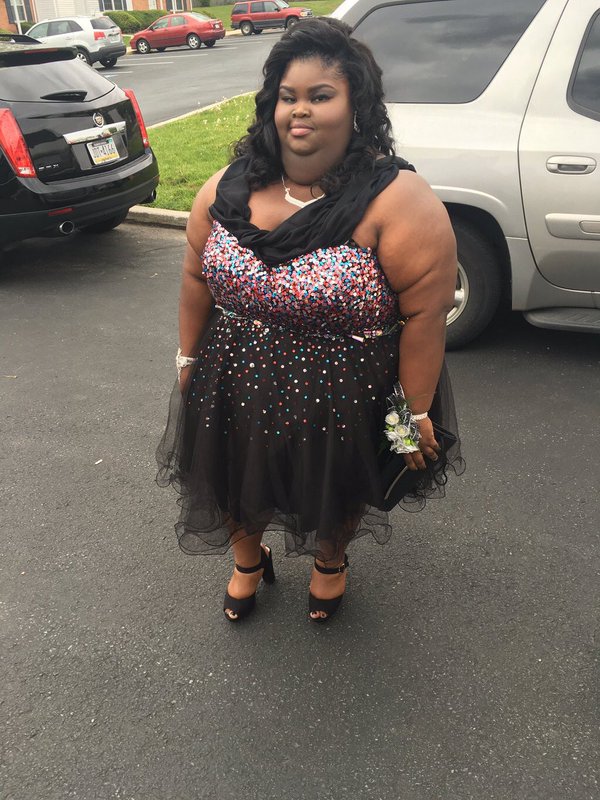 This excitement was no different for Tayja Jones, a junior at Pottsgrove High School in Pennsylvania. Like most girls, Jones, and her friends had been excited for prom for a long time; it was finally their year. Tayja’s friends and date all gave her a thunderous applause when she came out dressed to impress for the night. After a few pictures, the group was off to the dance.

The dance went off without a hitch. Tayja and her friends had fun all night long, dancing and joking just like any high schoolers would. It was not until after prom had ended that something changed. Following the fun night, Tayja shared her photos on her Instagram account, and woke up to learn they had gone viral, but not in a positive way.

People took the photo and mocked Tayja for her size and dress choice, leaving the teen feeling hurt and putting a serious damper on her confidence. Her mother went on to add that she did not want to return to school after that and hid at home because she was depressed about the hate. She even went so far as to delete all her Instagram photos, because she felt so embarrassed and ashamed. Luckily, however, things took a turn for the better as complete strangers came to Tayja’s defense.

People all over Twitter shared her picture, leaving kind and encouraging comments, telling Tayja that she was beautiful. They also shut down the haters, telling them to “get a life” because bullying is far from cool. Actress and singer Kelly Rowland added her two-cents to the situation, telling Tayja that she was beautiful. Demont Pinder, a Maryland-based artist, created a portrait of Tayja wearing a crown and featuring the phrase “I am God’s masterpiece.”

While the outpouring of support has helped a great deal to make Tayja feel better about the situation, she is still working her confidence back up to where it was before and is not sure she wants to go to her senior prom. But, she made a return to Instagram, telling everyone she would not let them get her down again, and thanking the Internet for all the support. So, she may just change her mind about prom and show the world that nothing is going to get her down next year.

Stories like that of Tayja Jones are not new; fat shaming has long been a big reason why some young women avoid events like prom. It is 2016 and while much of the world is becoming more accepting of different body types and sizes, bullying and fat shaming is still a major problem. But, it needs to end. No one should have to go through what Tayja did and no one should be made to feel ashamed of their body. Everyone is different, everyone is unique and, most of all, everyone is beautiful.

Who Is Next Fat-shaming Victim