How do I get a date in Los Angeles?

Aside from dating in Los Angeles, don’t try to impress others or pretend to be someone you’re not. There’s a fine line between bettering yourself, broadening your hobbies and interests, defying stereotypes, feeling comfortable in your skin, and being naturally curious about the world around you. You will be more unique in the eyes of others if you avoid stereotypes in your dating profile and personality.
You are attracted to who you are, not what you are looking for. It’s important to distinguish between what’s pleasant to have and what’s a deal-breaker. Dating in Los Angeles will be easier if you make yourself available to others. This involves turning on your phone, not rushing through errands, dressing appropriately in public (no flip-flops, slippers, gym shorts, etc. ), and being present at the moment with spontaneous interactions rather than appearing as if you’d rather be somewhere else.
Yoga classes, run clubs, dating sites, museums, co-working spaces, grocery stores, bar seating at restaurants or bars, cafes, picnics in the park, salsa dancing, house parties, recreation leagues, cooking classes, food events, art openings, jazz clubs, tinder Los Angeles, outdoor festivals, farmers markets, and more are all great places to meet singles (BBWcupid Los Angeles). You may meet anyone, anywhere, anytime; all you have to do is be prepared and prioritize meeting people if you want to start dating in LA. Don’t let your lack of friends prevent you from getting out and dating in Los Angeles.

What is the best dating site in Los Angeles?

Tips for Dating in Los Angeles

Guys, in particular, may find dating in Los Angeles to be a scary thought. Don’t be put off if you’re a single guy ready for dating in Los Angeles. With these simple steps, you might discover love in no time;
1. Get yourself out there
If you don’t put yourself out there, meeting someone special becomes nearly impossible if you have intentions of dating in Los Angeles. Perhaps you’ve been heartbroken before, or maybe you’re timid – whatever the case may be, it’s critical to overcome your fears and make a commitment to meeting new people. Dating in Los Angeles is, by its nature, a little nervous and unpredictable. It demands being vulnerable and adaptable to new experiences. Instead of fleeing a mile from everything, try to embrace it. Keep in mind that any dates you meet up with will be in the same boat as you.
2. Meet people both online and in-person
If you’re of a certain age, you’re probably more likely to meet people in person rather than delve into the mysterious world of dating apps. However, if you’re younger, ready for dating in Los Angeles with the prospect of engaging in conversation with a stranger in person may be daunting. In reality, a combination of the two is the greatest way to meet someone. Sign up with WooPlus while also making an effort to be friendly and meet people in person. If mingling with strangers in a bar isn’t your thing, consider a new activity like a yoga class or a reading club if you’re ready to start dating in Los Angeles.
3. Don’t obsess over your flirting style
Flirting isn’t always easy, but it usually fails when you try to impress someone by overdoing it or using “pick-up lines” tricks rather than relying on your natural attractions. Imagine chatting with a friend or family member while you’re meeting someone new (online or in-person). This relieves the anxiety, allowing you to relax and be yourself. Make an effort to make good eye contact and smile when meeting people in person. When they speak, pay attention and respond to their stories with similar experiences. When flirting, it’s alright to be tactile, but don’t go overboard. — a gentle touch on the shoulder or hand now is okay, but anything more could make them uncomfortable.
Finally, if you want to start dating in Los Angeles, remember the golden rule: don’t chase them if they tell you they’re not interested or respectfully withdraw from the conversation.
4. Plan dates at a venue where you’ll feel at ease
A sleek bar or an expensive restaurant is the standard first-date setting, but while neither is inherently bad, they aren’t always conducive to having a nice time. If you meet your date in a loud, crowded bar, you may have trouble finding seats or hearing the other person speak. On the other hand, expensive restaurants can make you feel rushed and uneasy. Rather than going for something “spectacular,” go to a place you’re familiar with, such as a Victorian pub near your house or your favorite little pizzeria. Also, keep in mind that you can attempt something new when dating in Los Angeles. Don’t be shy to propose a day date, such as a park picnic or a walk through an art gallery.
The date will go better if held in a location where you will be at ease.
5. Find love with WooPlus
If we’ve motivated you to get out there and meet someone special, don’t forget that WooPlus is a great place to start your dating in Los Angeles journey. Our advanced two-way matching technique will connect you with people who are a perfect match for your personality and interests. 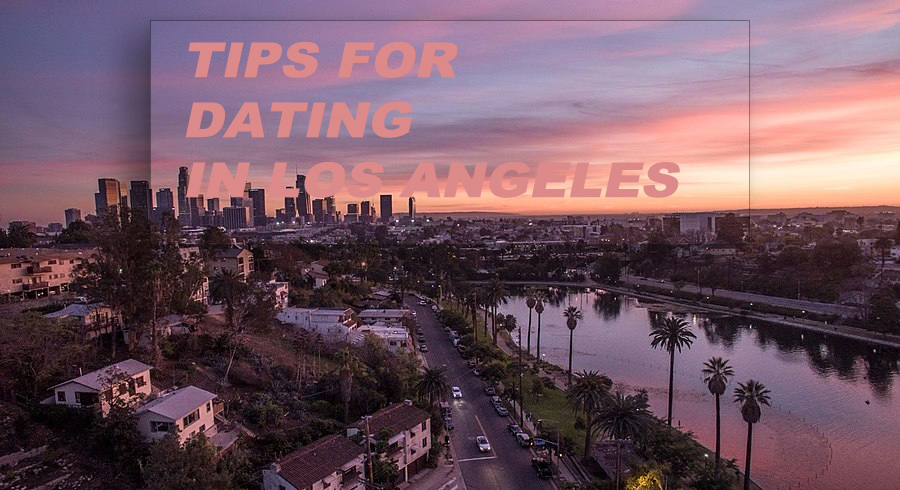 1. Make a list of your non-negotiables
If you want to start dating Los Angeles, these are the things that advise you to move on right away— is he a smoker, a non-monogamist, a cat lover, and so on—so you’re not wasting your time. What are the things that aren’t negotiable when finding a partner? Avoid mentioning physical or monetary characteristics. Focus on personality types, character qualities, and moral codes.
2. Give attention to the red flags
You know how you get a feeling when things aren’t quite right? If your date can’t answer questions about his job or acts suspiciously, there’s a good possibility something strange is going on. Listen to your inner instincts if you want to start dating in Los Angeles – that holds for actions as well. It’s a sign that you’re not going to work if he’s already getting on your nerves and it’s only the first date.
3. Make yourself emotionally available
Maybe your previous relationships didn’t work out. It’s time to move on. It’s up to you to open—and keep—your heart. This may be scary because you don’t want to hurt yourself. You must, however, be available and vulnerable to grow, connect and start dating in Los Angeles.
4. Keep an eye on the alcohol
Especially on the first date, excessive drinking is not only risky and unattractive, but it also affects your judgment. Using substances such as alcohol or drugs on a first date is not a smart idea. Avoid this if you intend to start dating in Los Angeles.
5. Don’t be shy about expressing your passion or desire
One common dating suggestion for ladies is not telling a man you like him or playing hard to get. That’s simply incorrect. Sure, a little mystery is appealing at first, but the game quickly becomes boring. According to studies, playing too much hard-to-get makes others dislike you. You simply have to let the man know you’re interested at some time if you’re ready to start dating in Los Angeles. 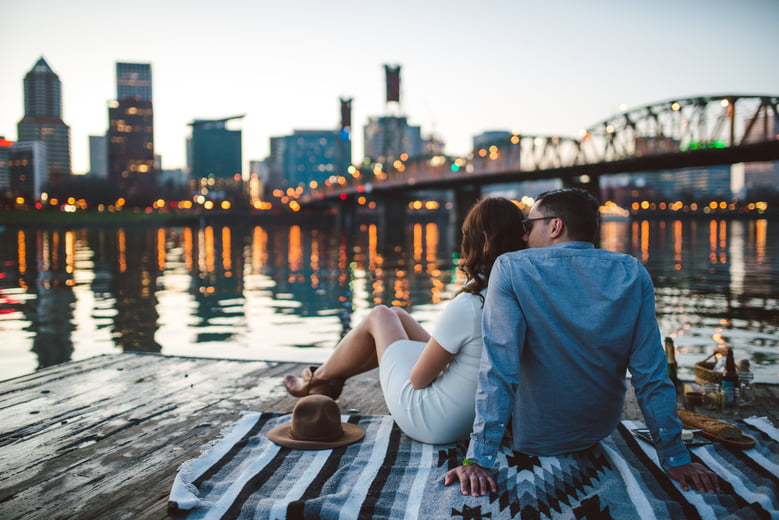 1. Get Outside
Spend the day at the beach, sunbathing, swimming, and picnicking. The beach is a great spot to walk and enjoy each other’s company even in the winter. This is ideal for a date if you want to start dating in Los Angeles.
2. Go Hiking
Follow a simple hike in Runyon Canyon. If it’s your first date and it’s too soon to walk out into the woods together truly. Head out to Malibu for a day trek to Escondido Falls or Parker Mesa once you’ve earned each other’s trust while dating in Los Angeles.
3. Rent Bikes
Grab a pair of bikes (or a tandem ride) ride up and down the shore in Venice or Manhattan Beach. If you begin in Venice, you can easily ride up to Santa Monica, and if you begin in Manhattan Beach, you can bike south to Redondo Beach for a weekend getaway. Make your dating in Los Angeles fun.
4. Grab a drink
Yes, it’s a little cliched, but there’s nothing wrong with getting to know someone over a few drinks if you want to start dating in Los Angeles. If things go well, you can order dinner or go to a different spot, and if you don’t think you’ll be seeing each other again, you can leave after one cocktail. If you’re not sure where the rest of the night will lead you, try The Hudson. You can keep the night going as other fun spots surround it.
5. Go for a Proper Dinner Together
It’s truly a classic date idea that will never go out of style, especially if you’re dating in Los Angeles. The idea is to go out and see different places. The Wellesbourne, Melrose Umbrella Co., The Little Door, Firefly, Redbird, and Perch are a few places to start.